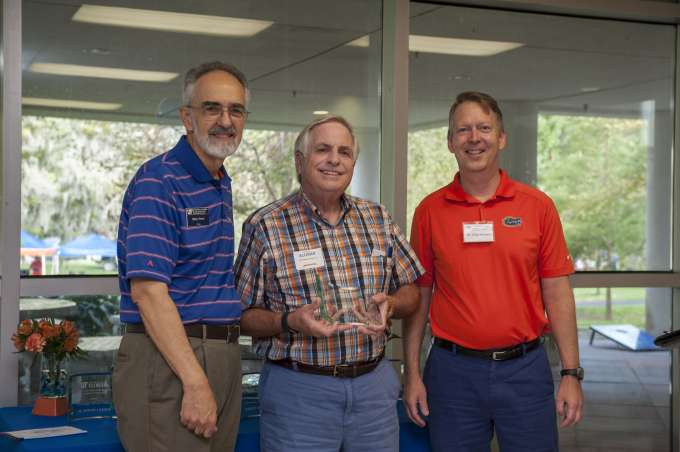 During a 40-plus year career in the health care industry, Roger Shaul has seen a lot of change, but one thing remains constant.

“The challenge is the same,” Shaul said. “Doing more for people more effectively. That’s probably always going to be the challenge of health care.”

As the founder and CEO of PMMC, a company that offers software and expertise for health care organizations to improve their financial performance, Shaul has been helping hospitals and health systems navigate that challenge for decades. Now with a gift to the college to establish the Shaul MHA Scholarship, Shaul and his wife Michele are supporting graduate students as they gain the knowledge necessary to have an impact in their own careers.

“We hope this scholarship will help recruit students who have an interest in the economics of health care and health care delivery and share the vision of health care being cost-effective and readily accessible to everyone,” Shaul said. “They may begin to look at alternative ways of delivering care and making things like population health work better on a much larger scale.”

The scholarship will be awarded annually — beginning this fall — to a Master of Health Administration student who has an educational background in accounting, finance or operations management, and an interest in health care delivery systems. The scholarship recipient will receive funding both years of the two-year program to offset tuition and other costs.

Shaul’s own interest in a career in health administration began with a motorcycle accident when he was 15. A broken femur kept Shaul in traction for six weeks and over the course of his lengthy hospital stay, he developed friendships with his health care providers. A few years later, he went back to that same hospital — North Broward Hospital in Pompano Beach — to apply for a summer job and was hired as an orderly by his former nurse. He continued to work there during summers and holiday breaks from college, eventually serving as a ward clerk and doing special projects for the hospital administrator.

Shaul earned a bachelor’s degree from UF in 1970 before joining the UF graduate program in health and hospital administration. He grew close to the other 17 members of the class of 1974 and many of them are still in touch today. Following graduation, he moved to North Carolina and worked for several years at a health planning council, and later as director of the Sun Alliance, a group of about 50 of the largest hospitals in the Southeast, which later became part of a much larger organization, Premier Inc. He founded PMMC in 1986. Early on, the company helped hospitals deal effectively with insurance companies.

“At that point, the idea of discounting hospital services for insurance companies was brand new and hospital charges varied as much as 50% between hospitals in the same town,” Shaul said. “We developed an actuarial technique and were able to determine where a hospital stood relative to its competition without having data from the competition and that helped in their negotiations. At one point, we negotiated with Blue Cross and Blue Shield of North Carolina on behalf of 40% of the hospitals in that state.”

PMMC’s services have evolved to include software that helps health systems evaluate contract performance, an area where they have distinguished themselves nationally.

Looking back, Shaul says: “I think the University of Florida gave me a tremendous leg up in my career and I think it is time for me to pay back in some way. The scholarship becomes a vehicle for that.”

The tool can predict heart disease risk without the need for any lab tests or physical exam.